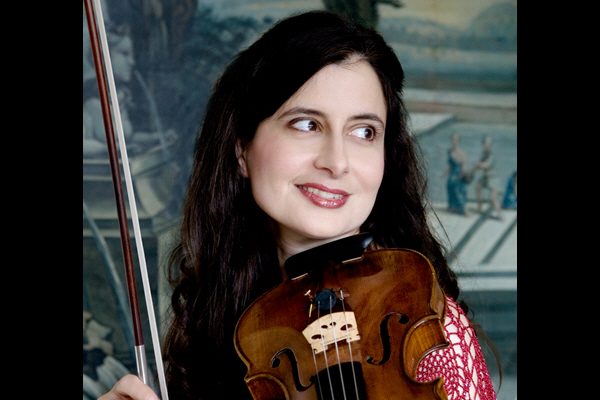 Ariadne Daskalakis is a unique performer of both baroque and modern violin. In her teaching she shares her vast range of repertoire and experience as soloist, chamber musician and orchestral leader.

Her versatility is reflected in a wide-ranging discography which includes concerti by Tartini, Haydn, Vivaldi and Kalliwoda and Sonatas by Biber, Handel, Fauré, Raff and Lutosławski. Her CDs have been „CD of the month“ at Tacet and Naxos, and her Tartini and Handel recordings „Selection of the month“ in the magazine „The Strad“. Ariadne Daskalakis won prizes at the ARD International Competition and the St. Louis Symphony Strings Competition, as well as from the Mozart Society Dortmund, the Harvard Musical Association and Framingham State University, which awarded her the first Christa McAuliffe Medal.

Ariadne Daskalakis enjoyed an education in music and humanities at the Juilliard School, Harvard University and the Hochschule der Künste Berlin. Her mentors included Eric Rosenblith, Eugene Lehner, Szymon Goldberg, Ilan Gronich and Thomas Brandis. She is a Violin Professor at the Cologne Conservatory of Music and Dance (HfMT Köln). In 2015 she was named Artistic Director of the European Academy of Music and Art “Palazzo Ricci” in Montepulciano, Italy. She is also the Artistic Director of the international chamber music festival “Music from Land’s End Wareham”, founded in 2012 in Wareham, Massachusetts.

Her lessons are individual. Please check the related regulations for Ariadne Daskalakis.