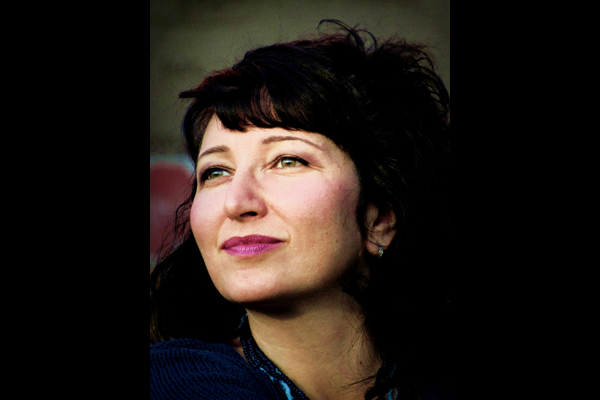 Monica Boschetti (Opera Singer, Pianist), in addition to her piano studies, worked as a composer; after her diploma she became passionate about singing opera, becoming her first expression of art in music. Always committed to social issues, she has found in the promotion of music and teaching a true vocation.

She started her piano studies at a very early age and perfected them at the G. Rossini Conservatory in Pesaro, she graduated in piano and then she started singing with honors under the guidance of Master Bruno Bizzarri and mezzo-soprano Evghenia Dundekova respectively.

She broadened her piano studies with: Patrizia Garganese, Michele Marvulli, Gianni Fabbrini, Paola Bruni and for opera singing she studied at “the Opera Studio of Lucca” in 2008, then she attended masters with Robleto Merolla, Ewa Iżykowska, Bruno Praticò, Evghenia Dundekova.

Teacher collaborator and teacher of singing, she has worked and currently collaborates with important singing training institutions “Centro Studi italiano Universitario di Urbania” (Center for Italian University Studies in Urbania), “Accademia Lirica Voci nel Montefeltro” (Opera Academy Voices in Montefeltro). She is the trainer of cross-over singers who work in important television programs in collaboration with the composer Roberto Bonaventura and the producer Edwin Tinoco (personal collaborator of Maestro Pavarotti).
She currently collaborates with “Voice Academy Music” in San Marino and at the “G. Lettimi” Music Institute in Rimini, and of course, being the founder, with the “National Opera Theater Academy Music N.O.T.A. MUSIC”, and not least with the “Festival & Contest” “organization that operates internationally for Kazakhstan and Russia.
As a collaborator and preparatory pianist she had the pleasure of working from 2003 to 2009 for the Rossiniana Academy and the Rossini Opera Festival in productions with internationally renowned Directors and Conductors (A. Zedda, R.Abbado, D. Gatti, R. Palumbo, M. Martone, L. Ronconi etc.), and from 2004 to 2010 at the Conservatory “G. Rossini” of Pesaro as Maestro accompanist for the classes of Violoncello, Violin, viola, percussion and singing.

She has interpreted several roles just like: Santuzza in Cavalleria Rusticana, Violetta in Traviata, Leonora in Trovatore, Berta in Barbiere di Siviglia, one of the three female voices in the Diary of one of the late Janaceck, Elena in Paride ed Elena Gluck.

The composition studies chaired by Maestro Giacomo Vitale and FM Caramazza have allowed her to experience as a composer and arranger for the international group “Caffè concert Strauss” which has been followed by the recordings of 3 CDs with some works composed by herself and which have been performed at the “Festival dei Due Mondi” (Festival of the two worlds) of Spoleto.

Some of her compositions have been performed in theatrical performances including “The Three Sisters” by Cekov for the theater company Korekanè and for the Director-actor Marco Cavicchioli.

The album has won more than 20 awards worldwide and the album and her voice have been reviewed by journalistic publications, decreeing her success.