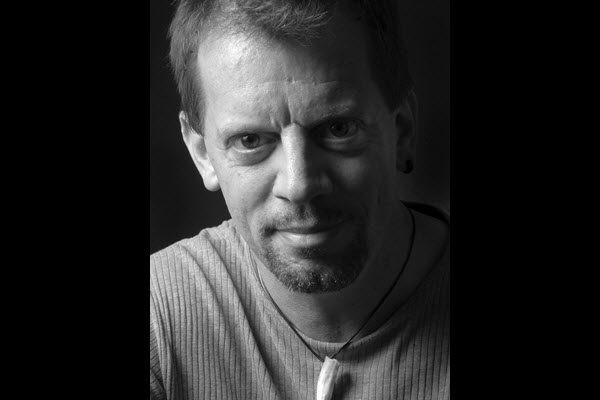 Nicholas Isherwood studied French literature at Oberlin College (B.A. cum laude), musicology at the Ecole des Hautes Etudes in Paris (D.E.A.), acting at Oberlin College and the Actors Centre in London, and singing with Richard Miller at Oberlin Conservatory (B.M.) and privately with Sara Sforni Corti and Roberto Benaglio in Italy. He has been awarded a Watson Fellowship to study the Italian school of singingand a Haskell Fellowship to study early music singing practices. He won the Genova Opera singing contest. Isherwood has performed as a soloist in medieval music with Joel Cohen, baroque music with William Christie and Nicholas McGegan, romantic music with Zubin Mehta and twentieth century music with Peter Eötvös, Gabriele Ferro, Kent Nagano, David Robertson, Gennadi Rozhdestvensky and Arturo Tamayo in venues such as Covent Garden, the Royal Festival Hall, the Queen Elisabeth Hall and the Aldeburgh Festival in England; the Salle Pleyel, Théatre des Champs Elysées, Châtelet, Opéra Comique, Musée d’Orsay, Auditorium du Louvre, Aix Festival and the opera houses of Anger, Tours, Montpellier, Mulhouse, Caen and Lyon in France; the Gulbenkian in Portugal; the Concertgebouw and Netherlands Opera in Holland; the Konzerthaus and Salzburg Festival in Austria; La Scala, the Maggio Musicale Fiorentino, Settembre Musica, the Biennale di Venezia, Genoa Opera,Teatro Comunale in Bologna, Teatro dell’Opera in Rome, Teatro Regio in Torino, La Fenice, Petruzzelli in Bari, Santa Cecilia, Teatro Olimpico and RAI (Rome) in Italy; EXPO ’92, the Seville Opera and Teatro Central, the Alicante Festival, Bilbao Concert Hall in Spain; the Alte Oper Frankfurt, Kölner Philharmonie, Schleswig Holstein festival, Händel Festivals in Göttingen and Halle, Munich Biennale, Berlin Konzerthaus, Deutsche Oper, WDR, Hessischer Rundfunk and Leipzig Opera in Germany; the Moscow Conservatory in Russia; as well as in the United States, Canada, Brazil, Hong Kong, Taiwan, Japan and Mexico. He has sung with orchestras such as the London Philharmonic, the Gürzenich Orchestra, Santa Cecilia, the Orchestre Symphonique Français and the radio orchestras of Paris, Frankfurt, Saarbrücken, Stuttgart, Cologne and Rome. Isherwood has worked with directors such as Michael Bogdanov, Patrick Guinand, Michael Hampe, Yuri Lyubimov, Luca Ronconi, Pierre Strosser and Tadashi Suzuki. Isherwood’s interest in new music has led him to collaborate with composers such as Bussotti, Carter, Crumb, Henze, Kagel, Kurtág, Messiaen, Scelsi and Xenakis. He worked regularly with Karlheinz Stockhausen for 23 years, singing all of his works for bass voice with the composer in concerts around the globe, as well as the world premieres of his operas Montag aus Licht, Dienstag aus Licht, and Freitag aus Licht in addition to Capricorn and Lucipolyp. Isherwood also performed frequently with jazz legend Steve Lacy. Ensembles he has sung with include the London Sinfonietta, the Ensemble Intercontemporain, and the Ensemble Modern. From 1992-2002, he led VOXNOVA, a vocal ensemble for contemporary music and its sources for one to six voices. He is a member of the Boston Camerata. His interest in the music of today has led him to compose (French government commissions for Barométrie, Ariels Lied, and Le Vaudeville du Savoir Vivre) and direct music theater pieces (Maderna’s Satyricon, Henze’s El Cimarron , Berio’s A-ronne and Cage’s Song Books). Isherwood is a frequent teacher of masterclasses and lecturer (IRCAM, the Salzburg Mozarteum, the University of Leipzig, Stanford, Paris Conservatoire, etc.) and is currently professor of singing at the Conservatoire National Supérieur in Lyon. He has recorded over 60 CDs for Erato, Harmonia Mundi, Hat Hut, Accord/Musidisc, Edipan, Arion, Tactus, 2e2m, Mode and Stockhausen Verlag. He has appeared on radio and television broadcasts all over the world, including a one hour portrait on France Musique and a half hour interview on France Culture, and made three films: Examen by Stockhausen for WDR television, Le Temps by Nicolas Frize and La Fable des Continents by Georges Aperghis for ARTE.

«All honor to the bass-baritone Nicholas Isherwood, a marvellous artist with perfect technique and powerful expressiveness, who uses his voice as a beautiful instrument from which he draws varied and rich colors. Not merely a singer, he incarnates a celestial being who invites us to a mysterious communion with space-time. Around him, accompanying and conversing with him, are waves of seductive electronic sounds produced by the composer. This piece delighted the audience. One, two, three curtain calls for the musicians (Isherwood, Stockhausen) of this voyage to the heart of eternity.»-Thierry Guérin, La République du Centre, 1997 (world premiere, Capricorn, Karlheinz Stockhausen)

«The best singer was Nicholas Isherwood as Lear. With his extraordinary bass voice and grandiose stage presence, he is certainly one of the greatest interpreters of new music in the world today.»-Nicola Sani, L’Unità, 1998 (world premiere, Vision of Lear, Toshio Hosokawa)

“Nicholas Isherwood, the bass baritone who has intercepted the secrets of the avant garde; the uncontested darling of contemporary musicians; the moving force of new music; the accomplice and instigator of musical leaps and bounds wherever they are to be found; lord and master of musical notation which surpasses the conventional; in short, the vocal diva of our time-but also of the past-including “Die Zauberflöte” and “Die Meistersinger”. Isherwood followed Cage’s extravagant itinerary with a beautiful voice “possessed” by an evocative frenzy (sometimes singing in falsetto or hypnotizing us with his acting). His exploration of noise also included the world of the circus, as well as the political arena, respecting a will to always be up to date. As Isherwood declamed, ‘The best form of government is no government at all’, the ghost of all of the musical provocations of the twentieth century emerged triumphant. It was the real Cage, the same that banged down the cover of the keys of the grand piano to exorcize the resonance of its harmonics to accompany his singing. Splendid Cage. Splendid Isherwood.“-Mya Tanenbaum, Corriere della Sera (Cage Recital, November, 1998)