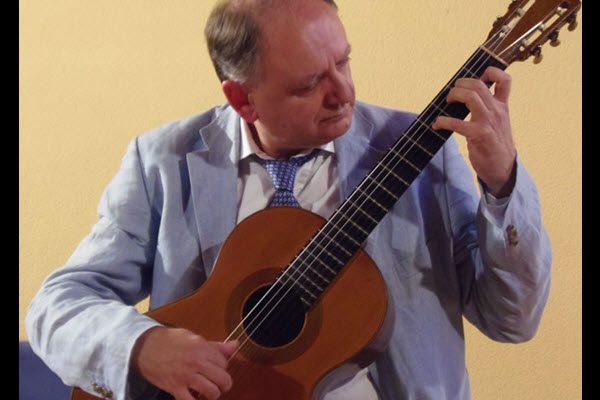 His performing career takes him to more than fifty countries in all five continents, working with prestigious Institutes and Festivals.
Andrés Segovia  wrote of him : “He will soon  be a famous name among the best guitarists of our time “.

Bonaguri has premiered, recorded and edited many pieces for guitar written for him (almost four hundreds new compositions have been dedicated to him by well-known composers – Guarnieri, Cappelli, Ugoletti, Solbiati, Molino, Paccagnini, Benati….).He has edited many guitar pieces, published by Ricordi, Suvini-Zerboni, Curci, Edi-Pan, Bérben, Zanibon and is general editor of a collection of contemporary music written for him and published by Ut Orpheus. He has recorded  almost 20 CD’s (among them the complete solo works by Villa – Lobos for Universal and Camillo Togni’s chamber music with guitar for Naxos) and is a jury member at important international competitions (Tarrega, Llobet, Barrios, Milan, Berlin, Bari).

He currently teaches guitar at Bologna conservatoire, Italy, and gives masterclass in many conservatoires in the world. He has performed chamber music with Alirio Diaz, Oscar Ghiglia, Maxence Larrieu, Danilo Rossi, Daniela Uccello and others.

He is a member of SIMC (Italian society for contemporary music) and of the Committee of the International Guitar Convention of Alessandria. Segovia wrote on him: “His name will be well-known among the best guitarists of our time”.

Please refer to the Guitar section