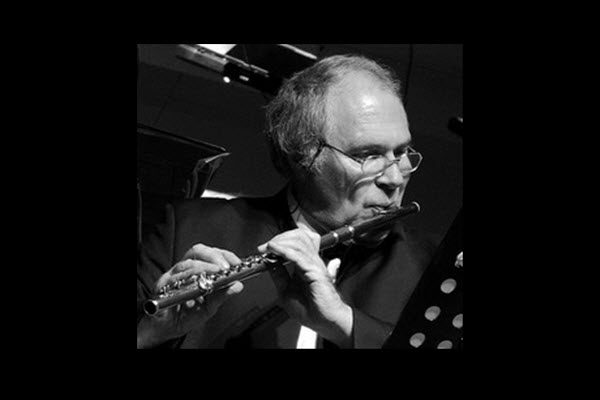 First Prize for flute and First Prize for chamber music at the Paris Conservatoire, Pierre-Yves Artaud has played all over the world. He has performed with famous orchestras under the direction of P. Boulez, J. C. Casadesus, C. Dutoit, P. Eotvos, L. Foster, A. Tamayo, T. Yeh…
He has been part of Ensemble 2e2m for many years both as a soloist and artistic director.

In 1965, he has founded the Quatuor de flûtes Arcadie and in 1985 the Orchestre français de flûtes.
Professor of flute at the Paris Conservatoire National Supérieur de Musique and Ecole Normale de Musique, he is also director of several collections and has compiled several teaching methods and treatises. He has given numerous master-classes : Taïwan, Japan -Elisabeth University of Music in Hiroshima, Akiyoshidai Festival-, Korea, Great-Britain, Spain, Italy, Portugal, Germany -Darmstadt-, etc…, and has worked on important researches about flute, particularly at the Ircam in Paris where he was put in charge of the Instrumental research workshop under P. Boulez from 1981 to 1985.
As a performer, teacher, or in the field of research, Pierre-Yves Artaud has been playing an important part in the development of the art of the flute, as much for the interpretation of classical music as for the creation of modern music. Many composers have written for him : G. Amy, A. Boucourechliev, F. Donatoni, B. Ferneyhough, S. Goubaïdulina, T. Hosokawa, K. Huber, B. Jolas, M. Lévinas, P. Méfano, E. Nunes, L. de Pablo, Y. Taïra…
Pierre-Yves Artaud was awarded the french Medal for arts and sciences (1978), the Grand Prix for interpretation of french contemporary music by the Sacem (1982), the Prix Charles Cros for the Artaud/Ferneyhough record (1983), the Grand Prix de l’Académie du Disque français (1984) and the Prix Charles Cros (1983,1985,1995), and the Japanese Grand Prix for the Hosokawa record. In 1998, he is awarded the Prix for pedagogy by the Sacem. Doctor Honoris Causa Bucharest University (Year 2000).