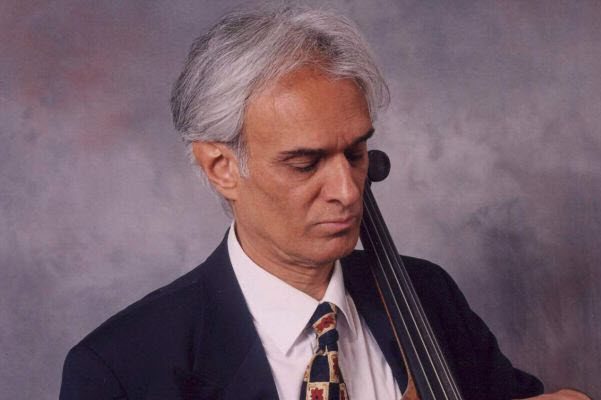 In November 2005 Rohan bid farewell to the Arditti Quartet in order to pursue his own artistic vision. He works now with a variety of artists, friends and composers, bringing together music from a range of musical periods and parts of the world, both eastern and western, classical and contemporary, composed music and improvisations, with players from many musical backgrounds.
Although he has been more recently known as an outstanding performer of contemporary music, it was as a classical artist that he made his name as a teenager and in his twenties and thirties. Having studied cello from the age of 11 with Gaspar Cassado in Italy in Siena and Florence, at the age of 16 he became the first ever winner of the coveted Suggia award to study in the UK with John Barbirolli and in Puerto Rico with Pablo Casals. A year later he received a Harriet Cohen International Music Award.

In 1960 at the invitation of Dmitri Mitropoulos, who described him as “a rare genius… .a born musician… an amazing…cellist”, Rohan was invited to give his Carnegie Hall debut with the New York Philharmonic, playing Khatchaturian’s Cello Concerto under the baton of Stanislaw Skrowaczewski.
Rohan has performed with the major orchestras of Europe, USA, Canada, Australia and the former Soviet Union with conductors such as John Barbirolli, Adrian Boult, Zubin Mehta, Seiji Ozawa and William Steinberg, as well as with composers conducting their own works such as Luciano Berio. After the UK premiere of Il Ritorno degli Snovidenia for cello and orchestra Berio said of him: “Your performance of Ritorno is splendid, but besides Ritorno, your sound, your perfect intonation, your phrasing and bowing technique, make you a great performer of any music.” As a result Berio wrote for him his final Sequenza, no XIV, for solo cello which, as a tribute to Rohan, includes large sections based on the rhythms of the Kandyan drum of Sri Lanka, an instrument which Rohan himself has played since his childhood in Sri Lanka.
Rohan has worked with Kodaly, Shostakovich, Poulenc and Walton, as well as more recently with many leading contemporary composers such as Pousseur, Xenakis and Berio who have, amongst others, written works for him. His numerous recordings include Vivaldi’s Sonatas, Rubbra’s Soliloquy for cello and orchestra, Britten’s Cello Suites Nos 1-3, John Mayer’s Ragamalas & Prabhanda, Xenakis’ Kottos and Carter’s Figment I and II. Feldman’s Trio (Mode Records) appeared in 2009. Rohan’s recordings of Berio’s Sequenza XIV were released by Mode in April 2006 and by Edition Zeitklang (also including works by Xenakis, Carter, B. A. Zimmermann, Ruzicka, Gelhaar, Pröve and Steinke) in 2010, while 2011 has witnessed release of Harmonic Labyrinth and the first of two volumes of de Saram in Concert
In December 2004 Rohan was awarded an honorary D. Litt. from the University of Peradeniya , Sri Lanka. A year later, in December 2005 he received the Deshamaniya, a national honour of Sri Lanka, presented by the President.
Since returning to solo work in November 2005 after the years with the Arditti, Rohan has pursued a most challenging exploration of repertoire, collaborators and venues, driven by a profound desire to explore new modes, new composers, new musical cultures and new possibilities worldwide, and inspiring in the process a considerable expansion of the cello repertoire.
Rohan has performed a continuous stream of original works written specially for him in new instrumental combinations such as bassoon & cello (with Pascal Gallois), double bass & cello (with Stefano Scodanibbio), flute & cello (with Carin Levine, Richard Craig, Roberto Fabbriciani), guitar and cello (with Magnus Andersson, Jonathan Leathwood), clarinet, flute & cello (with Tadej Kenig, clarinet), percussion & cello (with Suren de Saram, Jean-Charles Francois, Florent Jodelet, Stephan Froleyks), harpsichord & cello (with Preethi de Silva), voice & cello (with Patricia Rozario).
In September 2007 Rohan and Aki Takahashi had the honour of playing in the presence of Empress Michiko of Japan, herself a talented pianist. Three months later he appeared for the first time in Hanoi to give the world premier of a double concerto for cello, percussion and orchestra by Ton That Tiet. 2009 saw him returning to Yerevan for the first time since the Soviet era, having a week earlier in Cologne given the world premier of Chant, a new work for cello and orchestra by Toshio Hosokawa, in a performance that received a prolonged and resounding ovation. Collaboration with Hosokawa continues with Rohan’s extensive participation in the Takefu Festival on Japan’s north-west coast. In Los Angeles he has appeared with ‘Con Gioia’ in a programme that included the US premier of Param Vir’s ‘Beyond The Reach Of The World’ for solo cello alongside works by J.S. Bach, Pietro Locatelli and Luigi Boccherini.
One continuing theme has been the Aberdeen Sound Festival, of which he is a founding patron along with Dame Evelyn Glennie and James MacMillan. He has also made regular appearances in Los Angeles as part of the Dilijian concert series, working with Movses Pogossian and Kim Kashkashian.
It is noteworthy that the classical repertoire has fitted well in programmes alongside the new contemporary works, with Bach in particular playing a prominent part. Repeated requests for Rohan to play the Kodaly solo sonata, the Berio Sequenza XIV and Xenakis’ Kottos have caused these works to become classics in Rohan’s own repertoire, and blazed a trail for other cellists to follow.