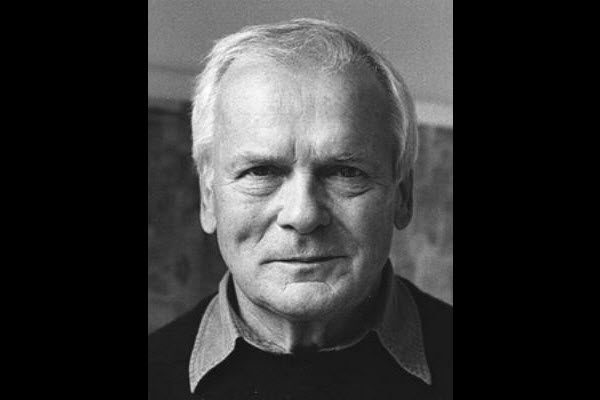 The music of this Yugoslavian composer and trombonist is unique and very difficult to classify. Globokar made his debut as a jazz tombone soloist in Yugoslavia, where he lived from 1947 to 1955. While living in Ljubljana, he studied at the music school and conservatory and graduated in 1954. Upon returning to France, he continued his studies at the Paris Conservatory and then studied composition and conducting with René Leibowitz and Luciano Berio in Berlin (1965).

In 1966, Globokar went to the U.S. to join a performance group for contemporary music at Buffalo University and then returned to Germany to teach trombone and composition in Cologne. He founded both the Free Music Group and the New Phonic Art quartet that performed new music.

Globokar has created a body of work that features new trombone techniques and approaches, and because of his skill on that instrument other composers — such as Stockhausen, Berio, and Kagel — have written works for him. His first large-scale work, composed in 1965 – 1966, was Voie for narrator, chorus, and orchestra, a complex score with a text by the dynamic Russian poet Mayakovsky and was a forerunner of other works filled with social commentary, questions of humanism, and soulful poetry, such as Les emigrés and L’armonia drammatica.

To date, he has composed more than 60 pieces in many genres. His works for larger ensembles have included Accord for soprano, flute, trombone, cello, electric organ, and percussion (1966), which uses the voice in an instrumental manner; Traumdeutung (1967) which sets a psychodrama by Sanguineti scored for four choruses, celeste, harp, vibraphone, guitar, and percussion; Etude pour folklora, Nos. I and II for orchestra (1968), which uses many native Yugoslavian instruments, such as the gusle, dvojnice, and tambura, an exception to the composer’s general avoidance of folkloric tunes; the Concerto grosso for five instruments, chorus, and orchestra (1969 – 1970) which invites collective creation; Ausstrahlungen for oboe, clarinet, saxophone, bassoon soloists, and 20 instruments (1972); Vendre le vent for ten instruments (1972); Airs de voyages vers l’intérieur for eight voices, clarinet, trombone, and electronics; Laboratorium for ensemble (1973); Material zur Diskussion eines Historischen Instruments for orchestra (1974); and Carrousel for four solo voices and 16 instruments (1977).

Globokar’s chamber works series for a variety of instruments, entitled Discours II – VIII (1967 – 1994), develops the idea of a discussive rapport between a voice and instruments; for example, the instrumentalists produce vocal-like inflections while playing. Some of the composer’s most experimental works include Correspondences for one woodwind, one brass, one percussionist, and one keyboard (1969) and Drama for piano and percussion (1971), both of which have only a minimum of notated material and a body of instructions for improvisation.

Globokar’s later works include To Whom It May Concern for quintet and tape (1979); Tribadabum extension on a fathom rhythm for three or an unlimited number of percussionists (1981); Oblak semen for solo trombone (1996); Réponse à “letters” après “second thoughts” for soprano, flute, accordion, and percussion (1996); and Pensée écartelée for solo percussionist (1997).